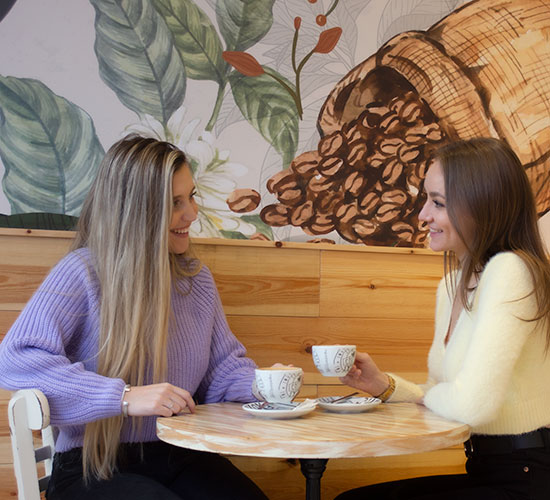 1. IT IS RICH IN ANTIOXIDANTS

One of the greatest benefits of black coffee is that it is a drink rich in antioxidants, especially polyphenols, which are partly absorbed by the body.
Coffee is especially rich in polyphenols that act against free radicals and some heavy metals that cause tissue aging and help prevent diseases and maintain good health in general.

Caffeine is the component of coffee that stimulates and activates us. It is also responsible for improving some cognitive functions, such as speeding up brain processes and improving memory. One of the great benefits of drinking coffee is that it helps us to be more awake, attentive and focused throughout the day.

Caffeine, due to its vasodilator properties, helps fight headaches and increases the effect of anti-analgesics. For this reason, among the benefits of coffee with milk is that it can also help eliminate a slight headache.

But if your consumption is more than 3 cups of coffee a day, it is not recommended for those who suffer from migraines regularly since it can be one of the triggers, among many other factors.

4. IT IS SUITABLE FOR SPORTSMEN

Caffeine is part of many compounds, creams and products designed to lose weight by burning fat. This is because caffeine speeds up thermogenesis, a metabolic process in the body that helps burn more fat. Thus, coffee is useful to help lose weight, but always as a complement to a balanced diet rich in vegetable products and the practice of physical exercise. In addition, in these cases we must consume coffee alone, without sugar or milk.

6. CAN PROTECT AGAINST CANCER, STROKE AND CORONARY DISEASE

A study conducted by the US National Cancer Institute in 2018. He concluded that one of the benefits of coffee are amazing: the higher the consumption of coffee, the lower the mortality rate from cancer, stroke and coronary heart disease. This is an ambitious observational study whose conclusions cannot be taken as definitive, but it does provide relevant and interesting information for further studies on the properties of coffee and its effects on health.

Several years ago, the relationship between coffee consumption and neurodegenerative diseases such as Alzheimer’s and Parkinson’s was studied. It has been possible to conclude that regular consumption of coffee reduces the probability of suffering from these ailments in the future.

8. REDUCES THE RISK OF SUFFERING FROM TYPE 2 DIABETES

Another benefit is that it reduces the chances of developing type 2 diabetes. Several studies link a consumption of three or four cups of coffee a day, also decaffeinated, with a 25% less chance of suffering from this type of diabetes.

Coffee has traditionally been associated with an increased risk of heart disease due to the stimulating effect of caffeine. The truth is that not only is it not dangerous, but drinking coffee is good for the heart and can even be taken by some hypertensive people, since its effect on hypertension is not as important as it was supposed in the past. A study published in the journal American Heart Association indicates that the consumption of up to four cups of coffee a day has a cardioprotective effect and this is thanks to antioxidants. In this sense, decaffeinated coffee has the same effect on the heart without the discomfort that caffeine can cause in some people.

10. THE PLEASURE OF DRINKING A GOOD COFFEE

Without a doubt, coffee has properties and direct benefits for health. But above all, having a good coffee is a pleasure. It is the gesture of every morning when waking up, to start the day on the right foot. Coffee unites us, favors social relationships when we meet for coffee and chat. There is no doubt that coffee puts us in a good mood, and this is also a great benefit for our health.